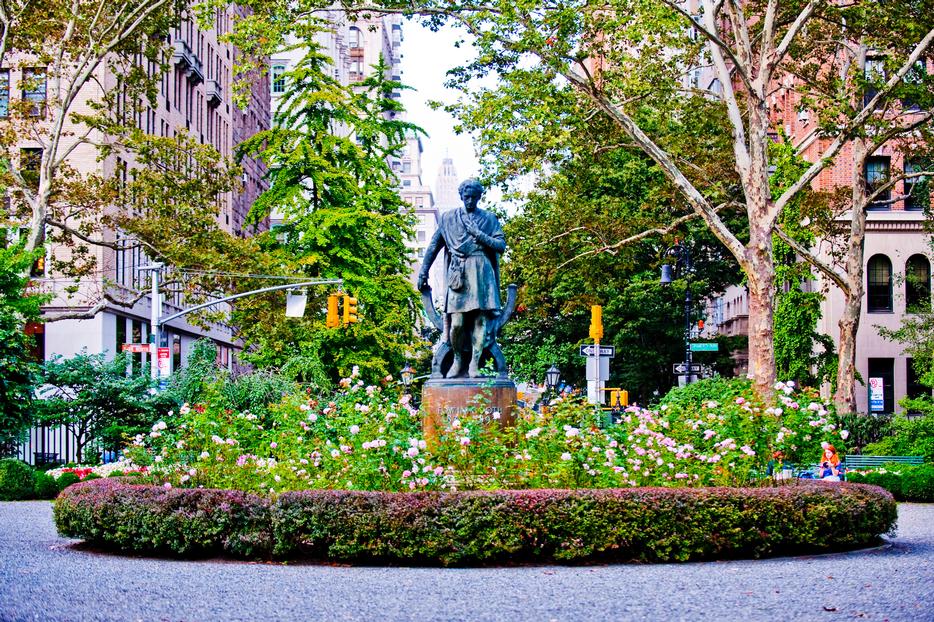 Gramercy Park is one of New York's most historic, high-end real estate, and exclusive luxury neighborhoods. Centrally located on the East Side of Manhattan, residents have the convenience of living downtown (SoHo, NoHo, and the Village are just blocks away), coupled with a sophistication generally reserved for the wealthiest uptown neighborhoods. As the city's oldest residential neighborhood, it has been home to some of the world's most influential people, including Edith Wharton, Theodore Roosevelt and Eugene O'Neill. The neighborhood is a rich urban mixture of townhouses, apartments and commercial buildings that live happily alongside a very famous private garden. Now a popular place for young professionals, designers and artists, it offers 19th century townhouses, luxury high-rise living and renovated warehouse loft apartments for the more adventurous.

Gramercy Park is a small, fenced-in private park in the Gramercy neighborhood in Manhattan? accessible only to residents of certain townhouses in the area, who have keys to the park. Gramercy Park is the only remaining private park in the city. The area was part of Gramercy Farm until 1831, when its owner, Samuel B. Ruggles, donated the property to the city with the condition that no commercial enterprise be permitted on the facing streets, or within park grounds. To this day, the park contains no amusements, swing sets, snack shops or any other intrusions on its rusticity.  The many pre and post-war buildings, including beautiful 19th century townhouses and Victorian brownstones that surround the park, designed by such famous architects such as Emery Roth and Calvert Vaux, reveal the true elegance of the neighborhood.