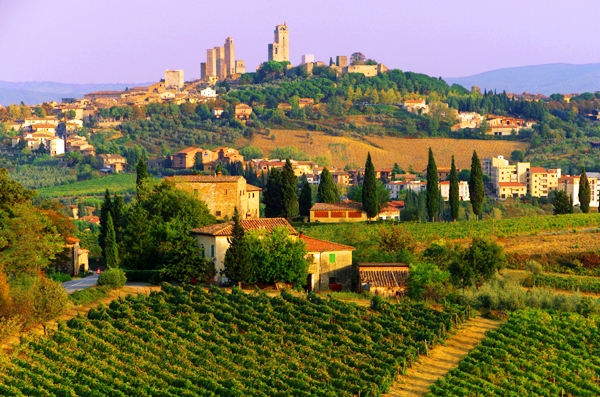 Tuscany is a region in central Italy with an area of about 23,000 square kilometres (8,900 square miles) and a population of about 3.8 million inhabitants. The regional capital is Florence (Firenze). Tuscany is known for its landscapes, traditions, history, artistic legacy and its influence on high culture. It is regarded as the birthplace of the Italian Renaissance[4] and has been home to many figures influential in the history of art and science, and contains well-known museums such as the Uffizi and the Pitti Palace. Tuscany produces wines, including Chianti, Vino Nobile di Montepulciano, Morellino di Scansano and Brunello di Montalcino. Having a strong linguistic and cultural identity, it is sometimes considered "a nation within a nation".